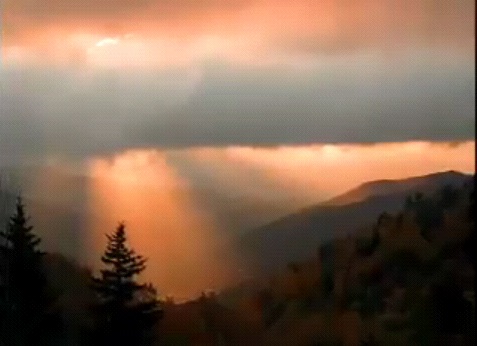 It’s five o’clock. Nurses and a volunteer place trays of food in the six rooms where eight people stay. As night falls, hall lights go on. Fluorescent tubes hum. A visiting family prepares to leave after an afternoon with “Mom.” The elevator doors close. The mother, who has, cancer, is alone again. The day with the family has been special for her. They all had a “picnic” in the Hospice solarium. Everyone was there. The mother saw that they cared. All these precious moments she would perhaps relive in the darkness of her hospital room.

She turns over in her bed and drifts into sleep. Memories like waves wash up long forgotten relics and times reaching back to childhood, weddings, senior proms, first tricycles, first communions, spankings, birth of the first child, first kisses, teenage crushes, overdue expressions of love, stayed-with challenges, neglected hurts, and funerals. With the darkness of night, all these memories, near and far, seem near. Sometimes the austere truth of her approaching death rises in her imagination like the full moon.

A hospice volunteer calls this the Work. Everyone who faces death must face ultimate personal helplessness. And quiet evenings alone such as this surmised evening experienced by this mother of two are the time when the best work is done. Lying helpless at death’s door forces you to reach out for new sources of strength. For the cries, curses, and sorrows to lead to an acceptance of one’s death is to be purified by a white fire.

Two of the great keys are the words: “I love you for who you are and what you face.” And “You are never alone in spirit.” In being involved or near the deaths of about sixty people over fifteen months, there are moments lived that make me grow in the sheer act of remembering them. Like the mother, I remember in order to grow.

There were the deep, dreaming eyes of the eighty-year-old African-American woman, triumphantly and savoringly whispering the 26th Psalm to herself.

There were the dimming eyes of the man who died quietly without his wife of sixty-four years being there.

There was a dear friend and fifty-seven-year-old woman who pulled loose a catheter from her arm and walked out in the night-time hallway to find “Daddy.”

There remains the memory of the leathery hands of the tough-looking man who gently folds the blanket and sheets of his fatally-ill wife as if they were the hem of his princess.

The nobility that surfaces so often in people facing death has made clear to me that one could spend a lifetime learning and growing in the midst of dying. This is because the truth you seek in the secret of death lies right at the heart of what it means to live every day.

For me, it’s the discovery that a life devoted to relieving suffering where you find it leaves a person emotionally “wounded,” which translated to French means “blesse'” or blessed.

The heightened awareness achieved by many very ill people is unsparing and sees first and foremost whether you really, in your heart, care for them as a fellow human being. The great challenge of hospice is that, at the rock bottom, you must stand completely naked, in a spiritual sense, before this person, or you tend to fail.

You must be willing to connect with that person personally and as a friend and nurture that bond .

Conversations between friend of dying friend are closer to the bone, but not rough in their import.

Perhaps the best preparation for death is to live life like there is no tomorrow. And the best resources to a person dying at death’s door is a rucksack full of sea-shell like memories.

Death can be made hollow by the person who is more wonderful than death is terrible because life that is given away over the years cannot be snatched away in the end. The generous person’s form returns to dust, but the person lives on as a parable that is told, and re-told and re-told.